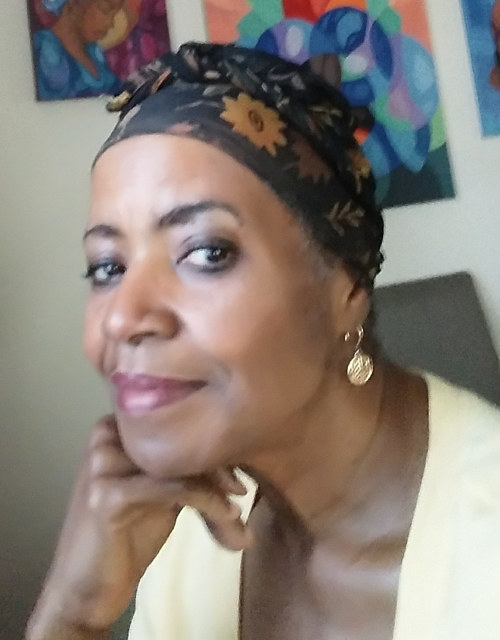 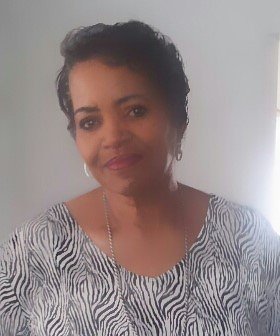 Georgette (Gette) Jones began drawing and painting at the age of eight after observing her aunt rendering sketches of people in colorful outfits.  From then on, she defined herself as both a visual artist and  a writer.  As a child growing up in the south, she drew rough images of the nature, people and abstract forms around her.  She also wrote her own poems and stories while reading avidly.

Later in life, as a young mother, she began attending night and weekend classes at Wayne State University in Detroit, where she studied English, Journalism, Art History and Painting and Drawing.  With plans of making a living in the future, she honed her callligraphic skills at Center for Creative Studies.

Life obstacles failed to diminish her dream of becoming a professional artist, and after years of focusing on the demands of marriage and children, she began showing her work in the early 90's.  Her watercolor paintings and colored-pencil drawings quickly became known in local venues in which she participated, mostly in group shows.  During this time, her subject matter was widely varied, rendered in a classical style.

Toward the end of that decade, Gette discovered that once she began to paint what was true to her thoughts, beliefs and visions, her personal painting style began to emerge.  The next few years found her experimenting with a variety of media.   Gradually moving from watercolor on paper,  her medium is now acrylic on canvas.  Her spiritual themes include nature, love, peace, reflection, release, dreams, hope, wellness and wholeness.  She paints in a layered style, allowing light to show through the surface of the finished paintings.  A prolific artist, she creates at least  three hours each day.

Her work is in numerous private collections, including the Charles H. Wright Museum of African-American History in Detroit and the Velma A. Walker Collection in Alabama A&M University in Huntsville, Alabama.  Other public collections include Providence Hospital in Southfield, MI.; Department of Civil Service in Detroit, MI. ;  Providence Center for the Healing Arts in Novi, MI. and Priscilla Custom Drapery in Detroit.  Her work is held by many private collectors throughout Michigan.

A partial bibliography includes features in the Detroit Free Press, Detroit News, Oakland Press and the Michigan Citizen newspapers.  She has appeared in American Artist Magazine and Metro Detroit Woman magazine.  For two consecutive years, her work appeared in catalogs from the annual Bal African in conjuction with the Detroit Institute of Art.   Over the years,  her markets have also included  a variety of group and solo exhibitions.

For two years she wrote a newspaper art column for the Michigan Chronicle.  Entitled "About Art", it preceded later opportunities to do a demonstration workshop for the national company Ampersand and to write an article for the Strathmore paper company.

Gette recently launched GetteJo Studio, an arts and crafts business in Ann Arbor.  In addition to marketing her fine art paintings, she also creates calligraphic works, painted wood and greeting cards.  She is currently in the process of adding other products as well as publishing the books she has written.

Awards include Spirit of Detroit, Detroit City Council and a grant from Seagrams Gin, to name a few.  Gette currently resides in Ypsilanti, Michigan.