Return to MY BLOG 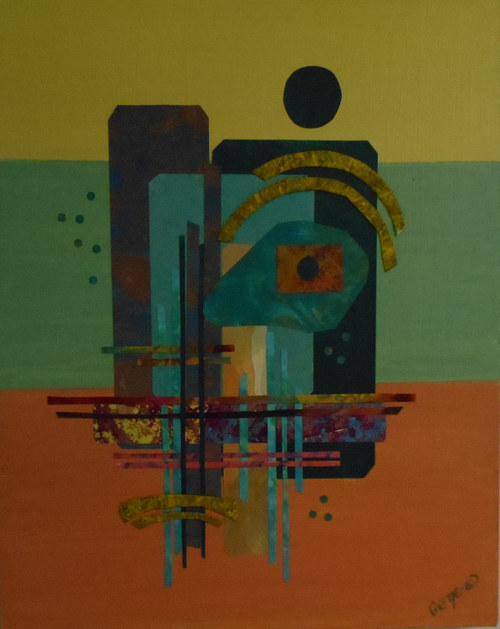 You have an idea for an ambitious painting, but you need to expand it by thinking aout how to best create it.  For weeks -perhaps months- your inner visions regarding composition gradually evolve into numerous sketches until you finally have imagery matching your original idea.

Using artistic knowledge, skill, creativity, wisdom and love, you bring your  masterpiece to life and post it online, where it is shared several times.

Several months later, you feel dismayed and choked with anger when you see your composition copied exactly - except for the colors.

Around this same time, an artist friend tells you about the outstanding color palette of another artist which is so inspiring that he wants to use it in a different manner by adding another color and adapting it to his own personal painting style.  Because of the two different painting styles, he knows it's okay to proceed.  When the painting is done, the artist who did it is satisfied with the results, which look like a better version of his own paintings.  Likewise, the artist whose work was the source of inspiration is proud that his unusual palette was used in the spirit of creativity.

The difference between these two scenarios is that the first is stealing - a calculated move to take what belongs to someone else, usually for the purpose of personal or financial gain, as well as attention.  Stealing shows a lack of integrity, an indwelling character trait in the realm of the conscience.  Some artists steal the work of others because they have good technical skill, but no ideas or vision.

Regardless of why they do this, no artist likes having their hard work stolen by another.

The second scenario is only one example of inspiration, where an artist becomes influenced by the work of another artist.  Usually, there is one element in the other artist's work which he desires to personalize and/or expand upon.  Most artists have been inspired by the work of other artists, particularly historical ones.

In Part II of this blog, which I will post next week, I will share with you some of my true experiences regarding copying and inspiration. I will also share other examples of inspiration as well as some reasons why it's important to retain a copyright lawyer if you are serious about being a professional artist.

**Note:  My original collage, "The Man in the Tower" was completed three years ago.  It is done with my own hand-painted paper on canvas;  The vertical strips in the work were inspired by horizontal strips used in a magazine collage of nautical subject matter.  Most of my current work is inspired by images from my nightitme sleeping dreams or actual events in my life.